Audrey September from the farm Uitkyk in the Bergrivier region was announced as the 2021 Western Cape Prestige Agri Awards winner at the annual competition held on Saturday,13 November 2021, in Stellenbosch.
September won prizes to the value of approximately R100 000, including an overseas study tour.
September: “I am a third-generation agri-worker. Agriculture is who I am. Agri-workers do not always get acknowledged for what they do nor for that in which they are good. The agri-workers competition does so. You have no idea how much we appreciate this. Thank you to everyone who contributed to acknowledge us. ”
According to the Western Cape Minister of Agriculture, Dr Ivan Meyer, the Prestige Agri Awards Competition recognises the province’s agricultural workforce’s hard work, commitment, and dedication.
Meyer said: “The Prestige Agri Awards not only showcases the excellent work being done in the agricultural sector in this province. In addition, it acknowledges, celebrates and inspires pride in its workforce and encourages them to learn new skills.  Agri workers play a significant role in the Western Cape economy. Their energy, knowledge, and expertise contributes to food security, bring foreign exchange into the country from exports, and provide for their families. My sincere congratulations to all the participants, finalists and winners.”
A total of 624 agri-workers representing 11 regions and competing in 11 categories participated this year.
Regional winners are:
Usokarl Lof (Bergrivier); Jafta Joseph (Witzenberg); Joseph Samuels (Stellenbosch); Enrico Cornelius (Garden Route); Ruaan Ludick (Central Karoo); Lee-Ann Barron (Piket Bo Berg); Naomi Muller (Franschhoek); Deon Samuels (Franschhoek); Audrey September (Bergrivier) and André Plaatjies (Hexvallei).
Annita Maqashalala of the Garden Route region was judged as the agri-worker who displayed the best potential in this year’s competition.
Shoprite Freshmark has been the main sponsor of the Agri-Awards competition since 2012.
Pieter van Zyl, General Manager: Procurement at Shoprite Freshmark, said:
“Shoprite is just one of the links in the agricultural value chain that starts in the orchards or on the fields and ends on the housewife’s plate. The agricultural workers are not only the 1st link but also the anchor of the whole chain. Their love and passion for agriculture have struck me most in the last couple of years. Shoprite is proud to be associated with this great competition.”
Audrey will now also join past winners who serve on the  Western Cape Prestige Agri Worker Forum.
The forum, which meets quarterly with the Western Cape Minister of Agriculture, provides a platform for sharing information regarding good farming practices, identifying opportunities,  improving productivity, and exchanging ideas pertinent to the daily experiences of our agri-workers.
“Our agri-workers are is a key resource for this sector. They are the driving force behind our economic recovery. I salute the hardworking men and women that are part of the backbone of our agricultural economy.” said Meyer. 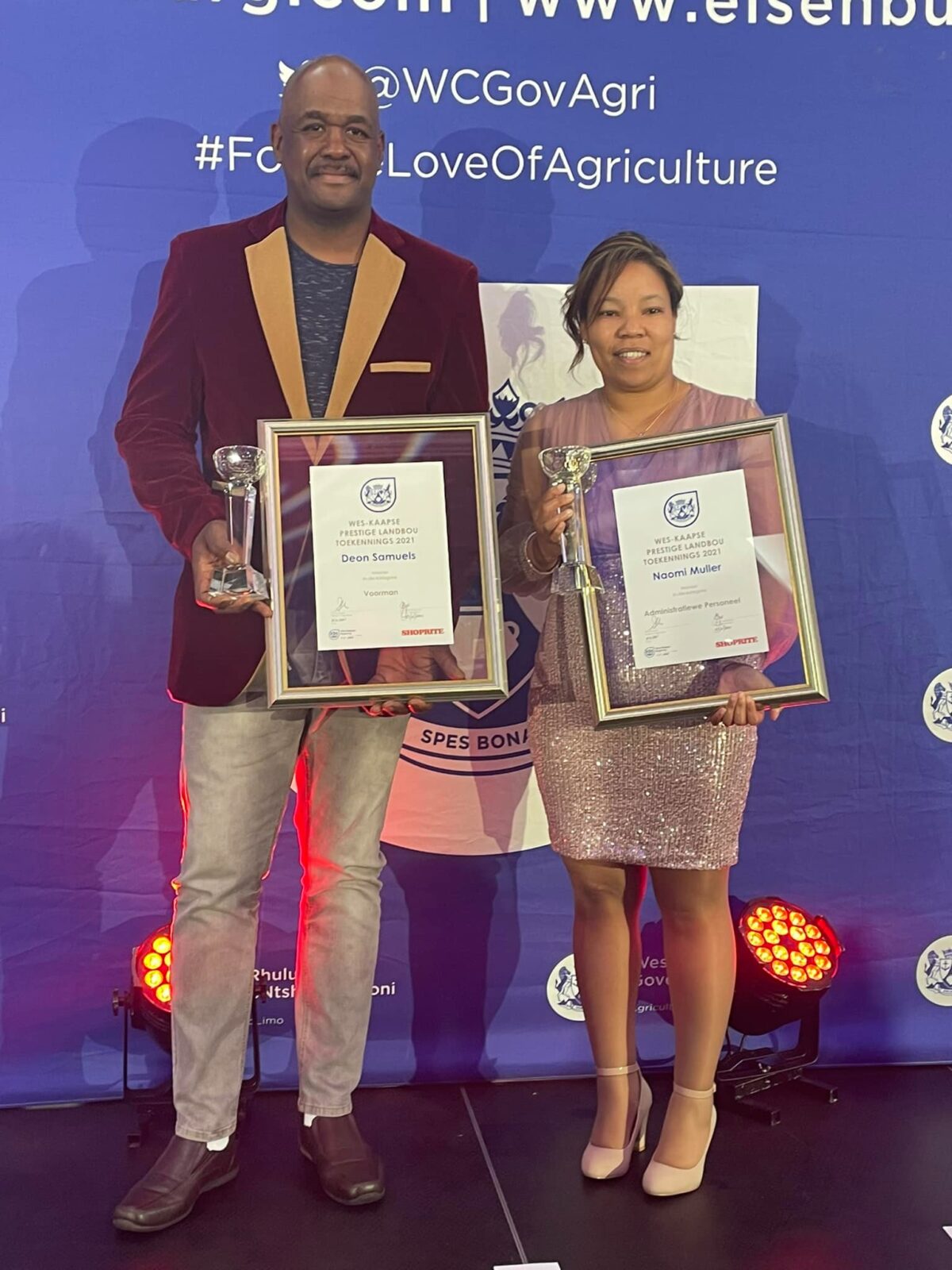