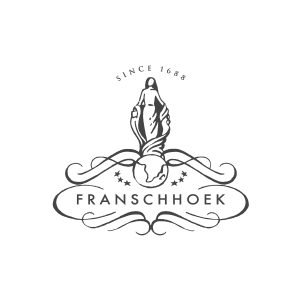 Don’t let the cold weather get the better of you this Winter. Use the opportunity to venture to the Franschhoek Wine Valley which is #OpenForWinter. Come out from the cold and discover the amazing offers Franschhoek has in store for you this season. Cozy warm fireplaces, robust red wines, soul comforting food and so much … Read more

Have you heard the news yet? Terbodore Coffee Roasters has moved into their new premises and their flagship roastery now showcases all that is special about Terbodore.  With their move they have also added an exciting new addition to their roastery – the Big Dog Café! The coffee shop offers delicious breakfasts and lunches to enjoy with your freshly-brewed coffee … Read more

Allée Bleue and Holden Manz excelled in this year’s Cape Bordeaux Red Blend Report, with their respective wines each scoring 90 and above. Now in its third year, the annual competition, which was previously known as the Red Hot Wine Awards, received a total of 60 entries from 45 producers. The entries were tasted blind … Read more

Dad’s are so special. That’s why we’ve created the most delightful, dad-pleasing selection of treats at Boschendal Farm. If your dad is an outdoorsy type that enjoys the countryside, then this one is for him. Treat him to a delicious ''platter to table'' style picnic at the Olive Press barn. A gourmet picnic basket filled … Read more

Chocolate, once regarded as a ‘gift of the gods’ by the ancient Mayans, enjoyed a less favourable status when it first landed in Europe, where it was viewed with suspicion: the exhilaration and joy that cocoa elicited in consumers was seen as a devilish temptation, and chocolate became an ‘underground’ treat, enjoyed only by a … Read more

National Geographic Traveller has announced the winners of its inaugural Big Sleep Awards, and Babylonstoren took home top honours in the Gourmet Getaway Award. Babylonstoren was signaled out as the cream of the accommodation crop in their category which included accommodation establishments from around the world. The judging panel comprised National Geographic Traveller readers as … Read more

A relaxing and rewarding way to spend a few hours is a visit to Leeu Estates, a five-star getaway ensconced in 68 hectares (168 acres) of landscaped gardens, manicured vineyards and indigenous fynbos in the Franschhoek valley, and to take a guided tour of the gardens interspersed with artworks. The tours provide an opportunity to … Read more