The results for the 22nd annual  Absa Top 10 Pinotage competition were announced at a special awards event held at Cavalli Estate, which was attended by key industry role players and media. Included in the list of Top 10 winners were two Franschhoek Vignerons, namely Allée Bleue and Môreson. 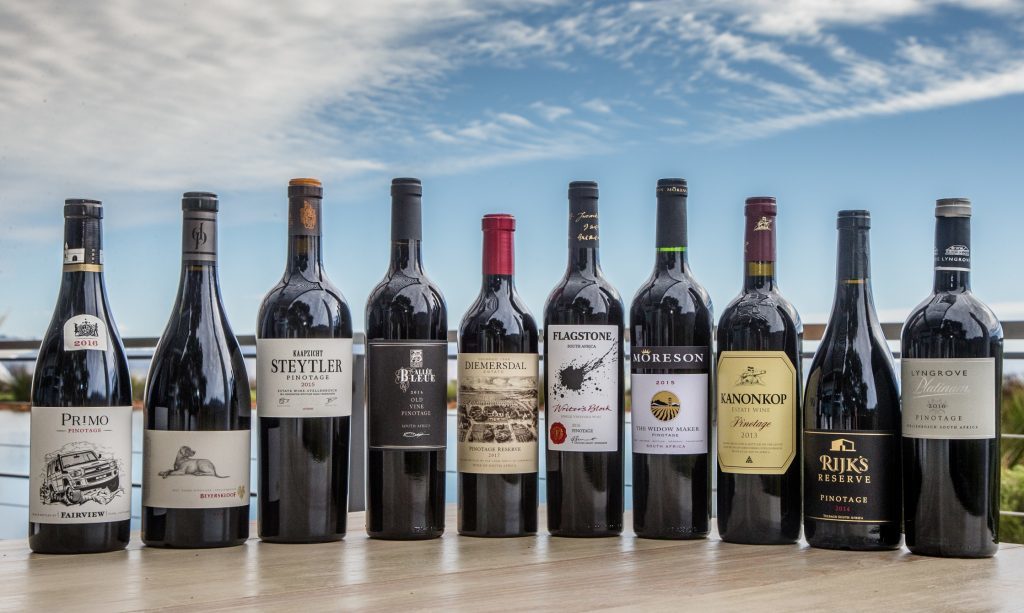 Image courtesy of the Pinotage Association

A total of 161 entries were received for this year’s competition, and the wines were judged by a distinguished panel of judges, chaired by Neil Ellis. Neil was joined on the panel by Samarie Smith, Francois Haasbroek, Nomonde Kubheka and Francois Rautenbach.

A previous trophy winner of this prestigious competition Môreson The Widow Maker 2015 is best described as a rich and deliciously heavy Pinotage. Characterised by dried prunes, wild cherries, as well as a blend of clove and cinnamon flavours it is tasty enough to be a meal on its own. The wine is a bold-on-fruit wine with well-integrated plum and oak tannins. Smooth and elegant on the palate with a slight mocha bouquet.

Allée Bleue’s Black Series Old Vine 2016 is best described as a handcrafted wine. The wine is left to mature in the winemaker’s selection of the three best barrels – 70 % new French Oak – and left to mature for 16 month before being bottled. An abundance of berry flavours are prominent in this wine, which are beautifully wrapped in a layer of fine dark chocolate flavours, offset with a hint of liquorice. The mouthfeel is soft and silky with just enough tannin.

For more information on these award-winning Vignerons visit www.franschhoek.org.za.