Chocolate, once regarded as a ‘gift of the gods’ by the ancient Mayans, enjoyed a less favourable status when it first landed in Europe, where it was viewed with suspicion: the exhilaration and joy that cocoa elicited in consumers was seen as a devilish temptation, and chocolate became an ‘underground’ treat, enjoyed only by a daring few, who disregarded rules in favour of indulgence. 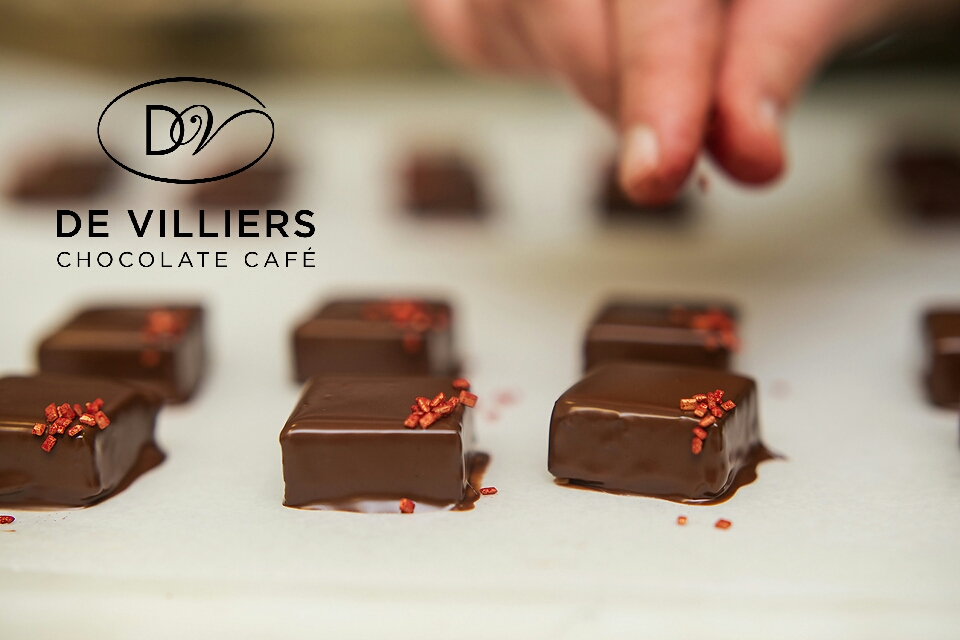 When this ritual was called into question by the Bishop, the fiercely protective women caused an uproar, resulting in swords drawn to protect the goblets of chocolate…. The chocolate-loving women won, of course.

It is with the same reverence for chocolate that one of Africa’s first bean-to-bar chocolate makers, Pieter de Villiers, creates chocolate products to serve to consumers at the newly opened De Villiers Chocolate Café in Franschhoek’s Heritage Square. Natural, delicious, real drinking chocolate is served here, with no judgement or interference in visitors’ sacred time – and, unlike the Spanish women of past, patrons can enjoy this treat as frequently as they wish…. 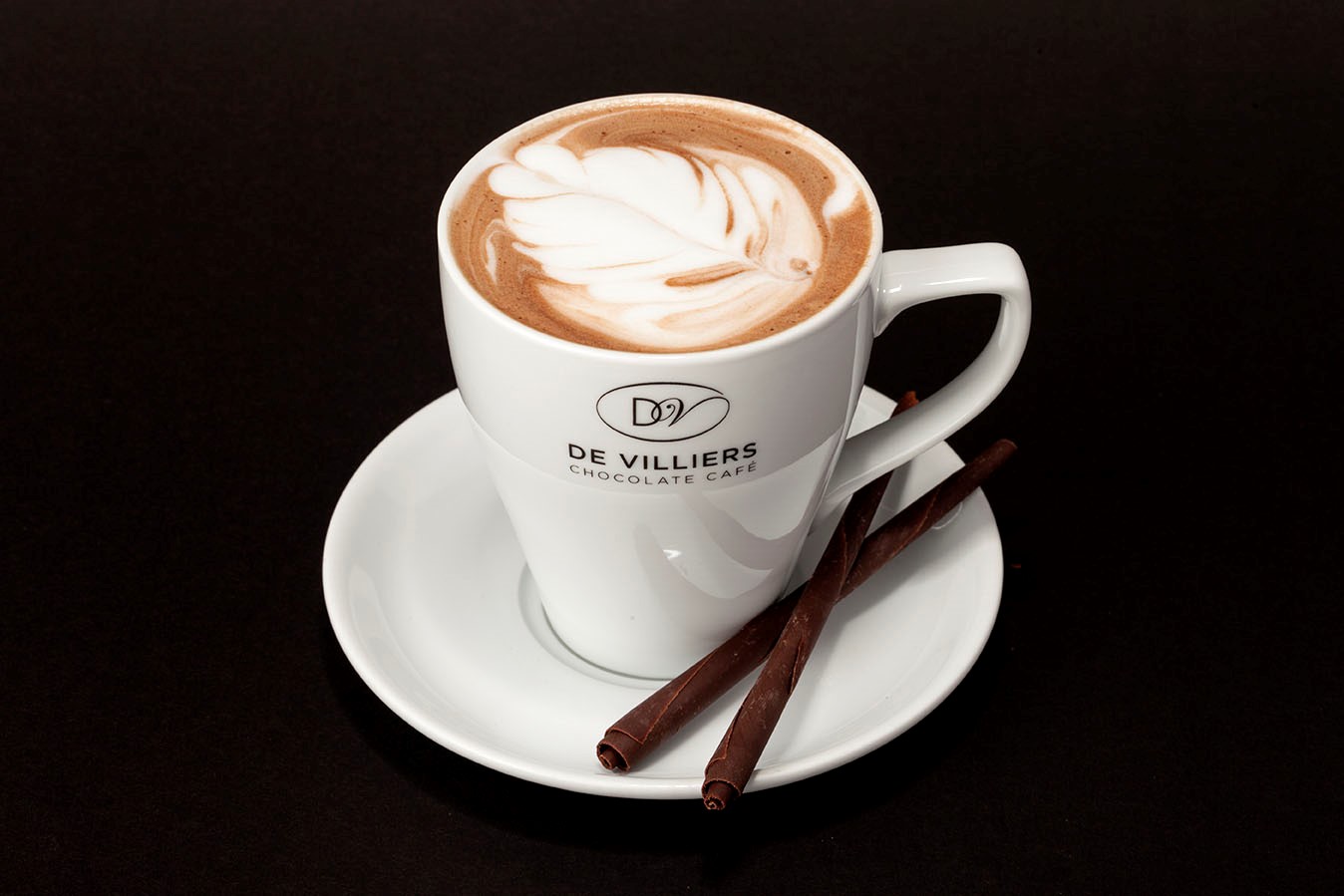 Other delicacies include home-roasted single-origin coffee – a contender for the best cuppa in town! – as well as natural handmade ice cream and sorbet, chocolate truffles, milkshakes and a selection of gluten free cakes.

These treats will appeal to those who regard chocolate with suspicion too, as this indulgence is as pure as it is delicious: all products at De Villiers Chocolate Café are free from genetically modified organisms, gluten and artificial colourants, flavourings or stabilisers.

Did someone say pass the goblet?