The S. Pellegrino Top 10 Young Chef semi-finalists for 2020 have been announced, of which seven of the 10 for the Africa and Middle East region are from South Africa. One of the semi-finalists happens to be Callan Austin, Chef De Cuisine at Le Coin Français.


135 chef candidates from 12 regions, representing 50 countries were judged for the prestigious Top 10 list, with the organisers receiving over 2 400 applications to participate in this internationally recognised competition. The aim is to find the world’s best young chef.
According to Callan becoming a chef was never part of his agenda after high school. Like most people he had no idea what he wanted to spend his time doing. Fortunately he enrolled himself into the Institute of Culinary Arts in Stellenbosch, marking the beginning of his culinary journey. As each year and industry placement went by, his attitude towards the culinary industry changed, and he felt like he belonged and that everything he did contributed to a bigger picture. It was an empowering feeling. He views Darren Badenhorst, Executive Chef at Le Coin Français, as his mentor who has created a stimulating environment for him to grow as a young chef. He firmly believes that the cuisine at Le Coin Françasi embodies classic French techniques with a modern yet sophisticated flare. 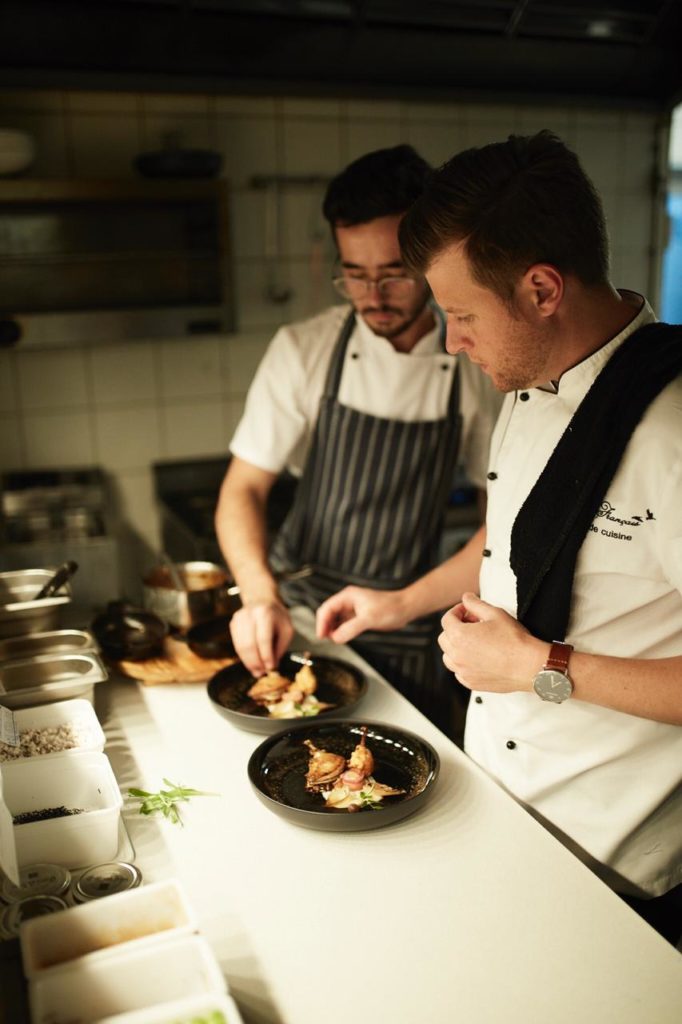 “It’s difficult to answer the question ‘what do you strive for’ as ones goals and aspirations should constantly evolve. Being named one of the semi-finalists for such a prestigious, international competition is exciting for me because I now have the opportunity to voice my message of ethical, sustainable and seasonal cuisine through an art form that is the most relatable for everyone. Telling a story through food is a philosophy I strongly root myself in. Each element on my dish conveys a message of their own and contributes to the overall story. Through this competition I strive to prove that chefs can be creative, intricate and thoughtful as well as practice sustainable cooking,” comments Callan on being selected as a semi-finalist.
For more information on this world-class competition visit http://www.sanpellegrinoyoungchef.com/en.