The festival offered a weekend of pure entertainment, great food and amazing experiences highlighted by traditional French delicacies and pastimes.

The Bastille Day Festival is rooted in French culture and its traditions, wine, food, music, boules, and perhaps the activity closest to French hearts barrel rolling. 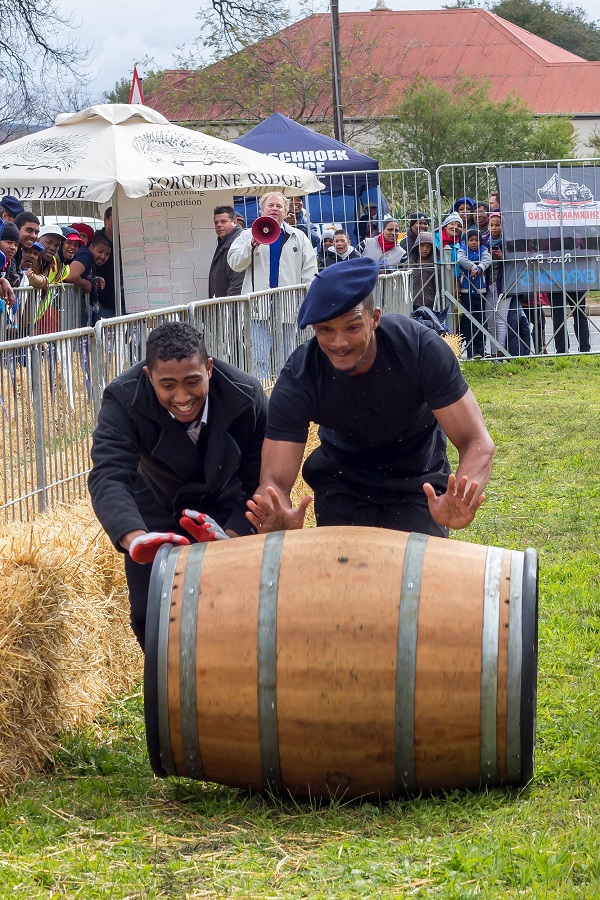 Barrel rolling celebrates the fine art of wine making, a tradition passed down through the centuries by French villagers.

The Franschhoek Bastille Festival continues this tradition with the popular Porcupine Ridge Barrel Rolling Competition where the employees from various Franschhoek wine estates and industries challenge each other through a course set amongst bales of hay.

Marchelle Johnson and Keanu Rhode from the Franschhoek Wine Valley Tourism office shared the R3 000.00 first prize, with the runners up from the La Bri Estate in Franschhoek sharing R2 000.00. 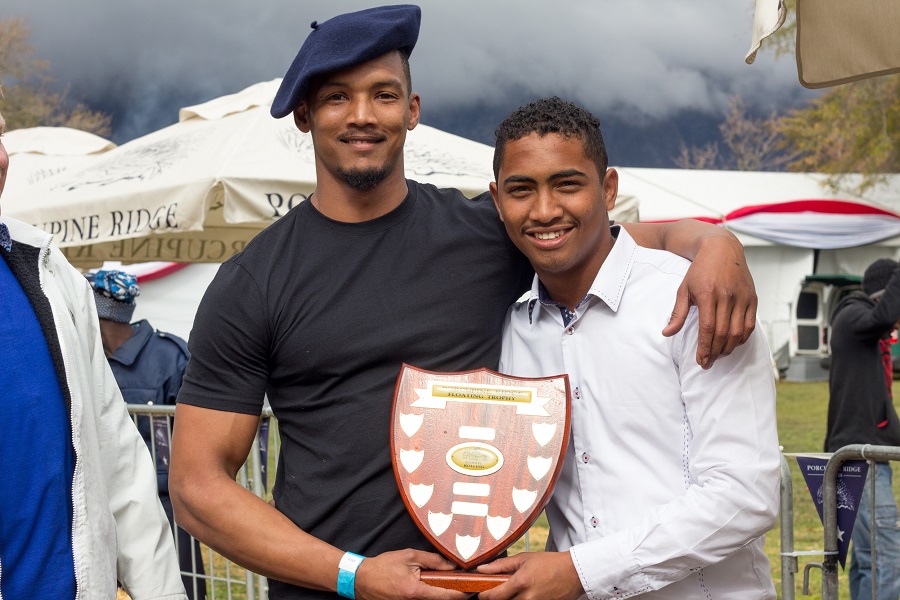 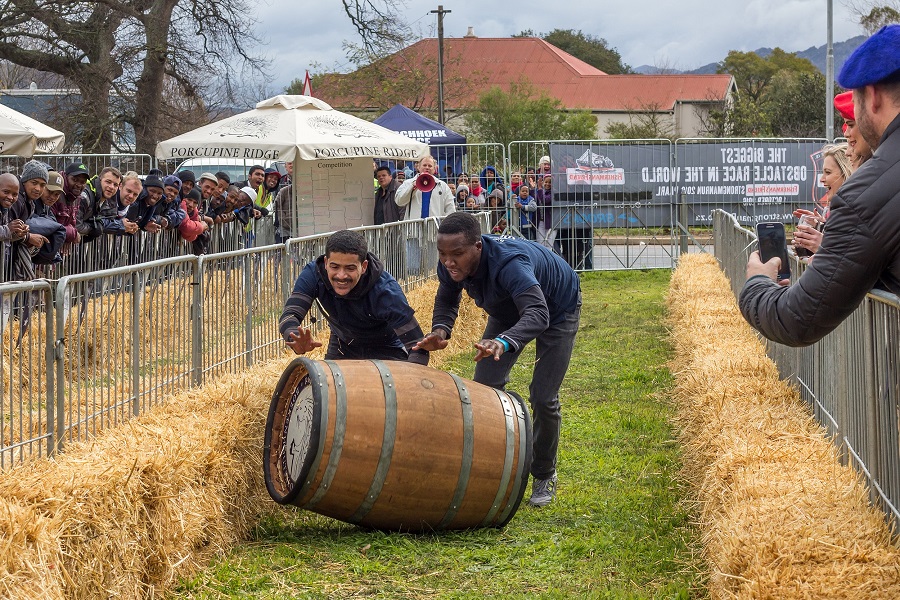 There was also a donation to the charity beneficiary of the barrel rolling competition The Franschhoek Lions Club in the amount of R5 000.00. The prizes were generously donated by the Porcupine Ridge brand from the Boekenhoutskloof winery and Michelin, the premium French tyre company.

Reinher Behrens, CEO of the Franschhoek Wine Valley Tourism Authority said, “The DSTV Franschhoek Bastille Festival is all about involving our local businesses and community, to showcase the best of what Franschhoek has to offer. The prize-money for the barrel rolling and donations to the Franschhoek Lions Club are welcome investments into our community.”