Thursday, 21 May bears great significance on the wine calendar as on this day we raise a glass to toast one of the industry’s noble cultivars – Chardonnay. International Chardonnay Day also serves as a reminder that, in South Africa, the Franschhoek Valley is regarded as one of the leading Chardonnay producing regions. One of the reasons for this is the high daytime temperature variation in the vineyards. 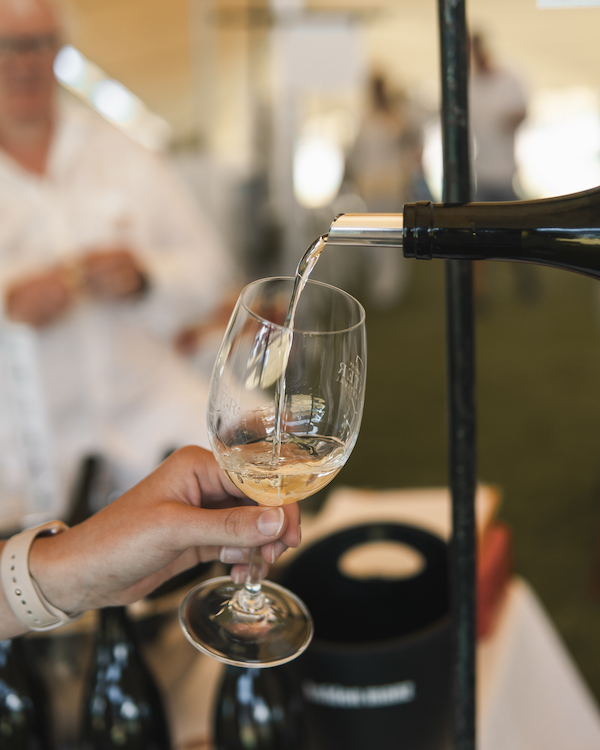 The difference between the region’s day and night temperatures during the growing season fluctuate between 13 – 15˚C, and this large fluctuation allows for natural acid preservation in the berries at night (malic acid) and optimal sugar accumulation during the day without prolonged metabolic activity. This gives the area a wider spectrum and diversity of styles to play with when it comes to Chardonnay production, and in doing so creating optimal growing conditions for this popular grape variety.
Although understanding all the variables can be a challenge, it is difficult to deny that Franschhoek Chardonnay has that special X-factor. The recognisable lime, citrus and cashew nut on the nose, a creamy texture with minerality on the palate and a lingering follow through. And as a tribute to the French Huguenot heritage of our area, Franschhoek Chardonnay often offers that oatmeal character some of the best French examples are known for.
We caught up with Franschhoek Wine Valley Vigneron’s Chairperson and Holden Manz owner, Gerard Holden to get some insight.
‘Chardonnay is the most planted grape cultivar in the Franschhoek Valley, which makes up approximately 16% of the collective Valley’s vineyards. This is more than double the representation of the varietal across the board, where chardonnay plantings account for just over 7% of the total.  Robertson, Paarl and Stellenbosch account for over 60% of all chardonnay plantings in South Africa, while Franschhoek represents just 3% of South Africa’s chardonnay – approximately the same as Elgin and Walker Bay combined!
Terroir (mainly soil type and temperature) as well as clonal selection heavily influence the qualities of the chardonnay berries while winemaking technique, for example use of wild yeasts, utilisation of different fermentation vessels such as stainless steel tanks, amphorae and oak barrels determine the qualities and characteristics of the finished wine.
Much of Franschhoek’s chardonnay is used to produce Méthode Cap Classique (MCC) which the Valley is renowned for.  Producers such as Môreson have planted their vineyard with a number of different clones and rely on that fact to generate complexity and structure, while others such as GlenWood, Chamonix and La Bri seek to exploit the interesting terroir they occupy while using winemaking techniques to stamp their own brand on this eponymous grape.
A number of local producers without access to Franschhoek grapes source chardonnay from outside the Franschhoek Valley.  An example of one of these producers is Paserene who sources its fruit in Elgin, while Platter’s Chardonnay of the Year producer Leeu Passant has a special block in Stellenbosch.  In the case of Holden Manz our Franschhoek site is highly suited to our red varietals, so we focus on sourcing our chardonnay grapes from cooler climate sites – one being next to the cooling influence of False Bay and another being high on the slopes of the Simonsberg.
It is evident that Franschhoek Vignerons are crafting fine examples of Chardonnay whether from fruit grown in the region or sourced from special parcels elsewhere in the winelands.  Recent accolades and competitions confirm this.  There is a passion for the grape amongst the Franschhoek Vignerons, which translates into a healthy range of expressions all of which combines into a great tasting experience for our visitors to the valley,’ says Gerard.
Whether your Franschhoek Chardonnay started its journey in the valley or was sourced elsewhere you are guaranteed of only the best. Handcrafted wines made to be enjoyed at any occasion.
Cheers to celebrating Franschhoek’s Chardonnay producers as well as those around the world.