Looks are certainly deceiving when it comes to Dalewood Fromage, as this small dairy farm situated on the outskirts of Franschhoek punches well above its weight when bringing home the accolades. 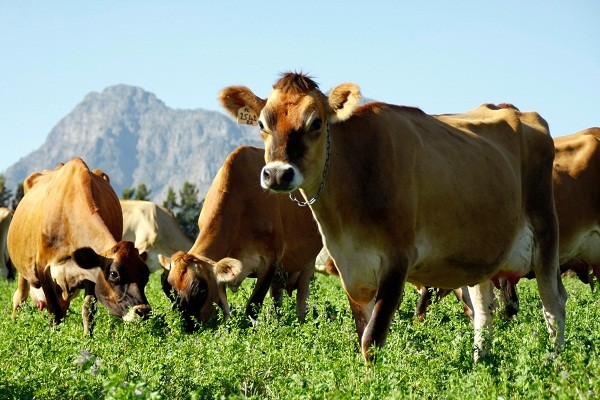 In November 2017 Dalewood had reason to end off the year on a high note with the excellent results it achieved at the World Cheese Awards. These prestigious awards were held in conjunction with the World Jersey Cheese Championships, of which both took place in London. Out of over 3 000 products, their Huguenot came joint third internationally, and won the trophy for World Champion Jersey Cheese. Although the team wasn’t on hand to accept the accolade a formal celebration was held on the farm for the team to celebrate this outstanding achievement. In March this year owners, Rob and Petrina Visser, had the great pleasure of welcoming John Farrand, MD of the Guild of Fine Food (United Kingdom) as well as owner and organiser of the World Cheese Awards, to Dalewood Farm. The reason for Mr Farrand’s visit was to personally present them with their well-deserved trophies. According to him it was a great privilege to be able to recognise excellence and give credit, in person, to the people that “make such amazing cheese, after all these years”. 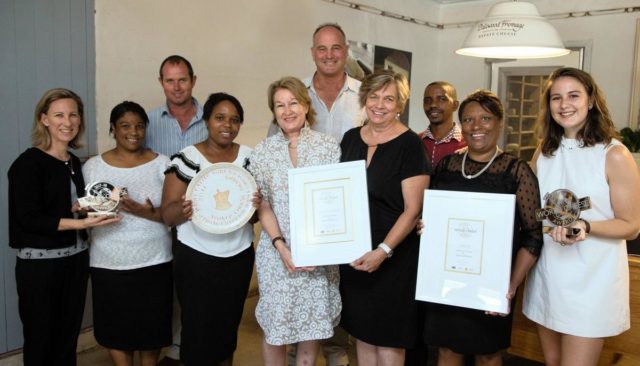 The trophies were presented to the following Dalewood cheeses: