We are delighted at the return of Ard Matthews – iconic frontman of South African supergroup Just Jinjer. Be prepared to be moved in every way by his soulful, intimate storytelling and stellar melodies.

Come and enjoy this South African singer/songwriter powerhouse for an afternoon of fantastic music.

Over the course of the last decade and a half, well-known singer and songwriter, Ard Matthews, has been honing his craft and moving people the world over. As the front man of South African band Just Jinjer, his indelible lyrics and melody arrangements led the way to the incredible success of their debut album titled ‘All Comes Round’, becoming one of the biggest selling rock genre albums of all time in their native country of South Africa.

Ard released his debut solo album in the winter of 2012 to critical acclaim and also recently teamed up with South African folk icon Vusi Mahlasela for Ard’s track ‘Umuntu’. Ard is now playing regularly as a solo act, as well as still fronting the original Just Jinjer, with many well known and talented musicians joining him from time to time. 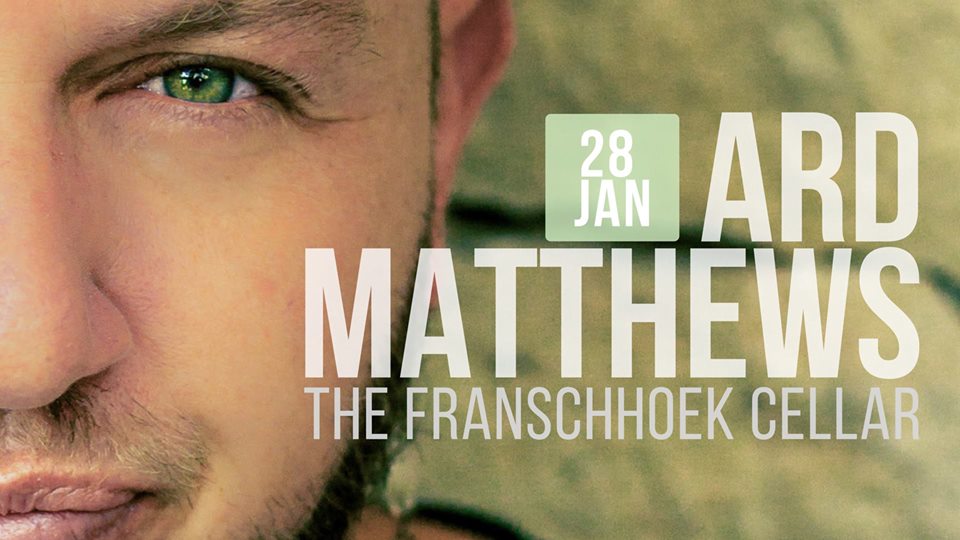