Regarded as one of the most prestigious culinary competitions globally this year’s San Pellegrino Young Chef 2015 Awards is represented by Franschhoek both on the judging panel and Top 10 finalists.

The panel of esteemed chefs will judge chefs from 20 worldwide regions, who will be competing for the title of best young chef in the world. Franschhoek will be represented by Darren Badenhorst, Executive Chef of The Restaurant at Grande Provence. He is the only Franschhoek chef, and one of seven South Africans to make the cut for the San Pellegrino Young Chef 2015 Top 10 finalists in Africa and the Middle East. This highly contested scouting project searches 20 world regions for the world’s best young chefs. The top chefs from each zone will be selected as the 20 official finalists at the end of February, with the overall winner announced Expo Milano 2015.

Darren’s entry for the competition was judged on the quality and uniqueness of the ingredients, skill, culinary genius, beauty of the presentation, and successfully communicating a clear message through his work and vision. Currently a favourite off his autumn menu, Darren entered the Parma wrapped slow cooked rabbit dish, served with palm sugar Szechuan rabbit liver brûlée and pumpkin seed gremolata.

Since joining Grande Provence as Executive Chef in 2012, he has garnered three of the four consecutive American Express Platinum Fine Dining Awards bestowed on The Restaurant. Recognition indeed for his dedication to create a unique dining experience and sensory journey for his guests. 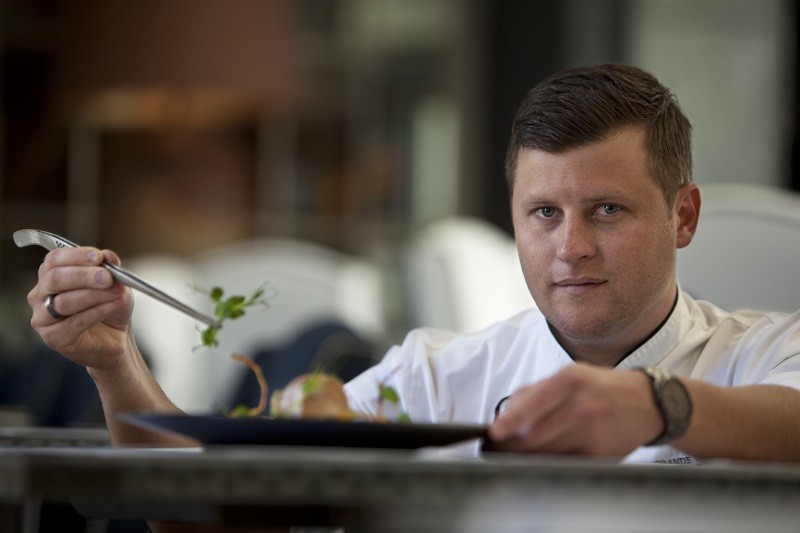 Both Margot and Darren have reaffirmed Franschhoek’s position as South Africa’s top culinary destination, who will no doubt be the finest ambassadors our country has to offer.

Say “I love you!” in Franschhoek this Valentine’s Day