In March 42 shacks in the Langrug community, situated in Franschhoek, were destroyed by an uncontrolled fire. Many unexpectedly lost their homes and possessions. In addition to efforts by Disaster Management and other support groups, Franschhoek Wine Valley and Huguenot Fine Chocolates joined forces to raise much needed relief funding during the Easter period. Huguenot Fine Chocolates sponsored a gigantic chocolate Easter bunny weighing in at a 13 kilograms.

In order to achieve the desired effect Franschhoek Wine Valley approached their members and other contacts to auction the bunny in aid of the Langrug ‘Back to School’ Drive. The money raised during the auction will be used to purchase new school uniforms for the children of the Langrug community affected by this tragedy.

Peacock Blue Mens Clothing Boutique, based in Franschhoek, contributed a generous R5 000 at the auction and as the highest bidder received the chocolate bunny, but they decided to donate it to the children of the Langrug community. Rainbow Cottage also sponsored a generous R1 000 towards this cause. 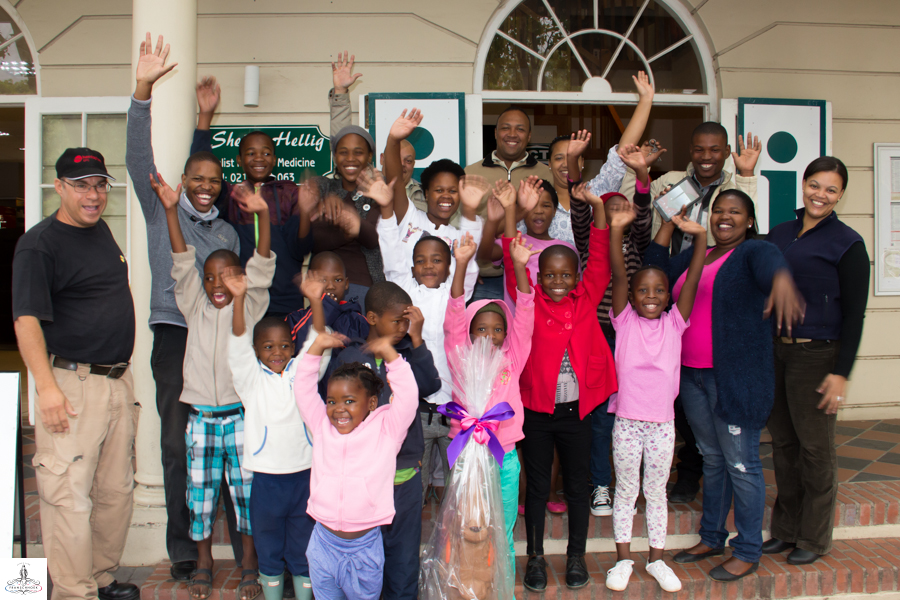 The organisers would like to thank Peacock Blue Mens Clothing Boutique, Huguenot Fine Cocolates and Rainbow Cottage for their generous contributions and Hemisphere Emergency Preparation Consulting for their assistance in facilitating the project. Their donations and support will go a long way to ensure that the children of this community get their new school uniforms, and in doing so make a difference in the Franschhoek community.

Please support the Langrug back to school drive