After months of anticipation the wait is finally over. The 2020 Platter’s by Diners Club South African Wine Guide was launched on Friday, 8 November to a room full of industry and media heavyweights, and once again Franschhoek Vignerons took top honours in most of the categories as well as earning the coveted 5-star rating for no less than 14 wines. 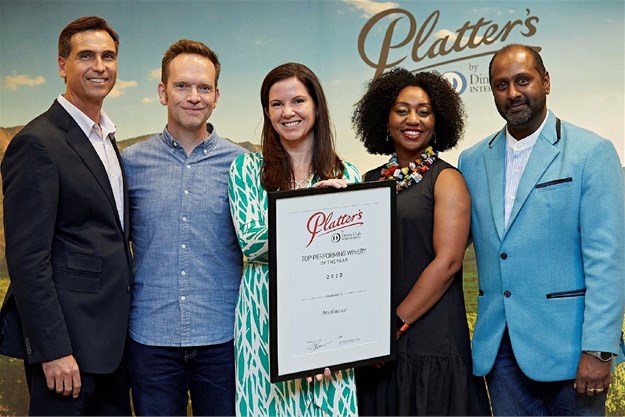 Topping the list was Mullineux Wines who were named Top Performing Winery of the Year, winning this title for the fourth time. In addition their Granite Syrah 2017 and Straw Wine 2018 not only received a 5-star rating, but were also each awarded Wines of the Year.

Anthonij Rupert Wyne’s Cabernet Franc 2013 and Cape of Good Hope Laing Groendruif Semillon 2016 were also awarded Wines of the Year in their respective categories. Also, sharing the Wine of the Year spotlight were the Leeu Passant Stellenbosch Chardonnay 2017 and Rickety Bridge’s The Pilgrimage Semillon 2017.

A total of 125 5-star ratings were awarded to wines regarded as “South African classics” as well as scoring 95 points or more on the internationally recognised 100-point scale.

The deserving 5-star Franschhoek wines were as follows:

While the Vignerons performed exceedingly well on the evening another highlight to remember was Editor’s Award Winery of the Year for 2020, which was awarded to Boekenhoutskloof. This accolade is awarded to editor Philip van Zyl’s personal commendation of a producer’s unrelenting focus on crafting wines that are not only superlative but also produced with enough consistency, depth and scale to be significant internationally.

For more information on the industry’s authoritative guide, which is due for release later this month, visit https://www.wineonaplatter.com/.