In early November a group of wine, lifestyle and tourism media were treated to a two-day experience in the picture perfect Franschhoek Wine Valley and Dwarsrivier regions. This formed part of a Media Educational sponsored by the Cape Winelands District Municipality whereby relevant local tourism authorities (LTA’s) are required to showcase some of their finest offerings. Officials from the CWDM also accompanied the group in order to equip them with a better understanding of the regions. 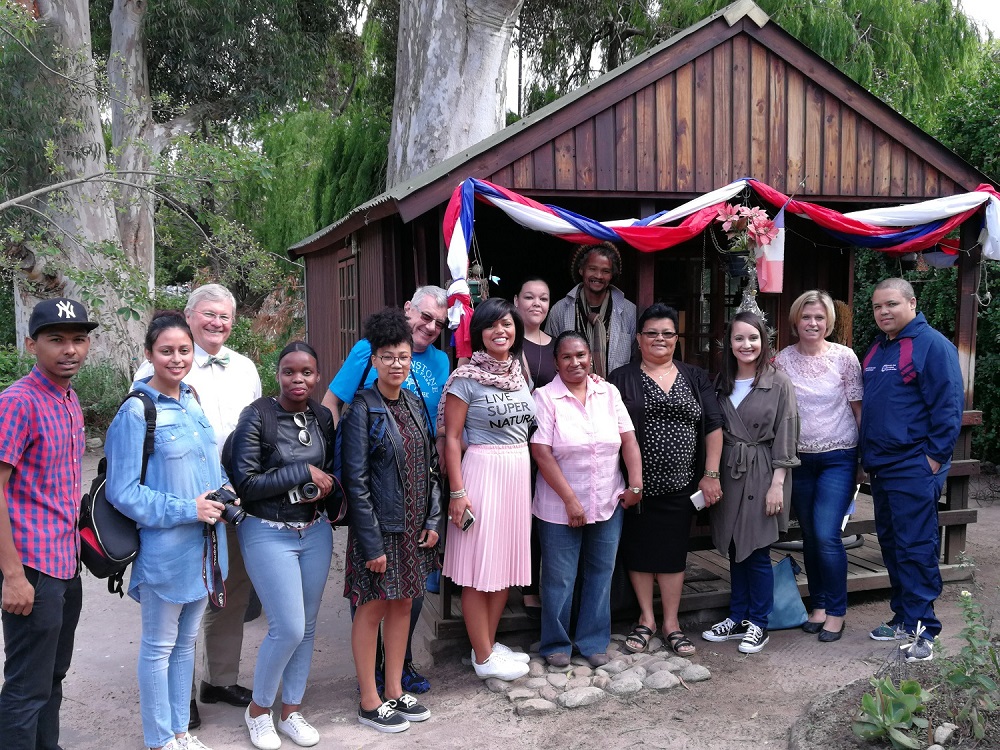 Each LTA was required to select a theme for the educational, which would form the basis of the itinerary for the overnight experience. In light of it being a joint educational the Franschhoek Wine Valley and Dwarsrivier marketing teams opted for Culture and Heritage, and set about putting together an insightful yet fun programme. The itinerary included discovering some hidden gems as well as one or two popular highlights. Day one saw the group exploring the fascinating Medicinal Herb Garden, situated in the heart of the village and open to all who want to find out more about how to incorporate these diverse plants in their lives. A highly informative walking tour through Franschhoek resulted in the group learning some fascinating facts about the village and its history. Other highlights from the first day included a visit to Groendal as well as a quick stopover to see the amazing work of local potter Vuyisa ‘Elvis’ Potina, who has a following both locally and internationally. The Pierneef Gallery at La Motte was another highlight and dinner at Aunty Mary’s Kitchen concluded a fun filled first day of discovering the area’s rich culture and heritage.

Day two was dedicated to the diverse Dwarsrivier region. After tucking into a hearty home cooked breakfast at one of the local resident’s home the group set about exploring the streets of Jacobsdal on foot. The bus tour through Lanquedoc to view the historical Herbert Baker houses was a cool welcome from the day’s blazing sun. A brief photo session in front of Kylemore’s colourful graffiti works saw the group – who had by now become a close-knit unit – coming up with some hilarious poses to capture that perfect pic. The day’s hard work was rewarded with a delicious lunch served in the cool courtyard of the Tea Garden situated on the premises of the local museum in Dwarsrivier.

A busy but most certainly two fun filled days which resulted in new friendships, learning about each other’s cultures and most importantly discovering new gems in two of South Africa’s heritage rich regions.