The finalists for the 19th Diners Club Young Winemaker of the Year awards have been released, and Thys Smit of Grande Provence has been included in the line-up of five winemakers who will vie for this prestigious title. The winner will be announced at a black-tie gala dinner at La Residence Hotel on 23 November 2019, with the lucky recipient walking away with a prize of R25 000. 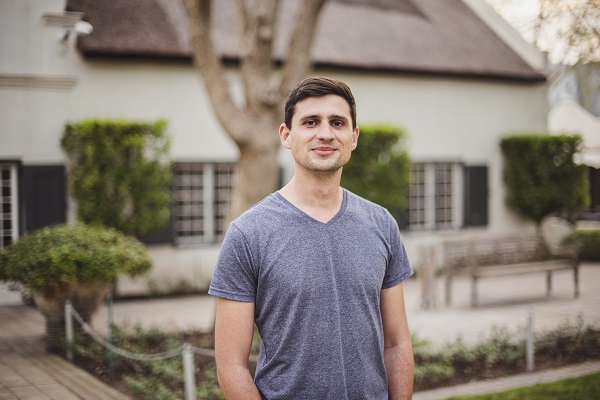 Founded 18 years ago, the Young Winemaker of the Year award was established to encourage winemakers under the age of 30 to develop their skills, express their individuality and add to the future prestige of South African wines internationally. The awards focus on quality and recognition of excellence, and are regarded as the country’s most prestigious and well-respected wine industry competition. The competition is open to all in the South African wine industry at no cost, affording all winemakers a chance at the sought-after title. While other awards focus on just the wine, the Young Winemaker of the Year award celebrates the skills and talent of the vintners.

Thys has been part of the Grande Provence winemaking team since 2015, the year in which this Heritage Wine Estate in Franschhoek became one of the first cellars to craft a wine using imported Tuscan clay amphorae. Working with these egg-shaped, natural clay vessels from the onset has given him the edge when it comes to embracing this style of winemaking developed by the ancient Greeks and Romans thousands of years ago. Thys’ entry into winemaking as a career was equally fortuitous. As a BSc graduate in molecular biology and biotechnology at the University of Stellenbosch he began his winemaking career completely by accident.

In 2014, after working three vintages at Lourensford Estate, he enrolled in a training program in the USA where he worked at Roth Estate focusing on Chardonnay and Bordeaux-style blends. Thys loves making and drinking unique and interesting wines, especially with great food  and has a particular preference for white wines, above all Chenin blanc. His favourite wine is a well-aged Bordeaux-style blend but a well-crafted, hoppy Indian Pale Ale will also hit the spot. Thys’ favourite leisure activities are reading, spending time with friends and, as a true red blooded South African, having a braai.

We are proud to have him as part of the Franschhoek Wine Valley family and wish him all of the best.