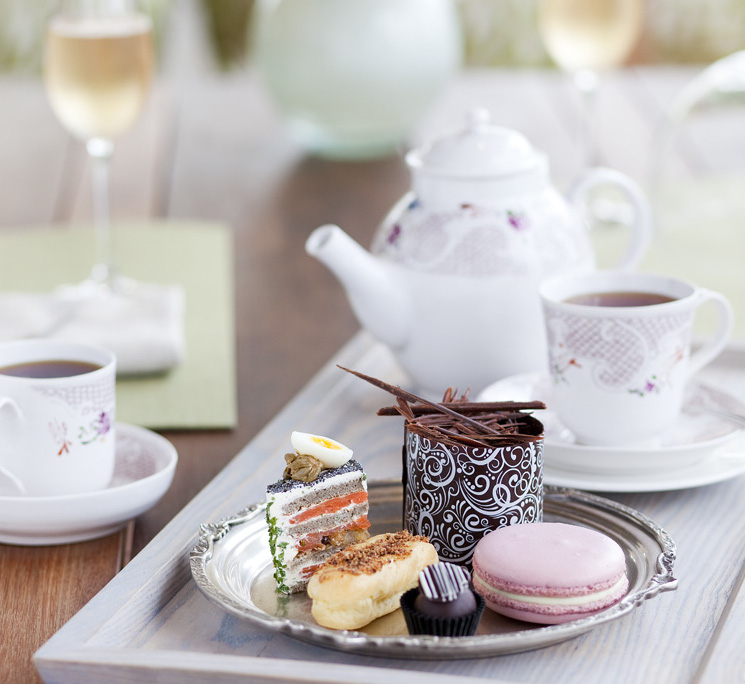 A selection of sweet and savoury delights

Tea in the Winelands has found delectable new expression at La Motte, the beautiful and historic Franschhoek wine farm.

Tea is served at the Pierneef à La Motte restaurant, where guests can choose to sit inside, or outside on the stoep.

The plate is served under a glass cloche, which is lifted to reveal historic treats with a modern twist: delicious biltong cream in a choux pastry, French macaroons, truffles and a slice of cake, served with artisanal tea. 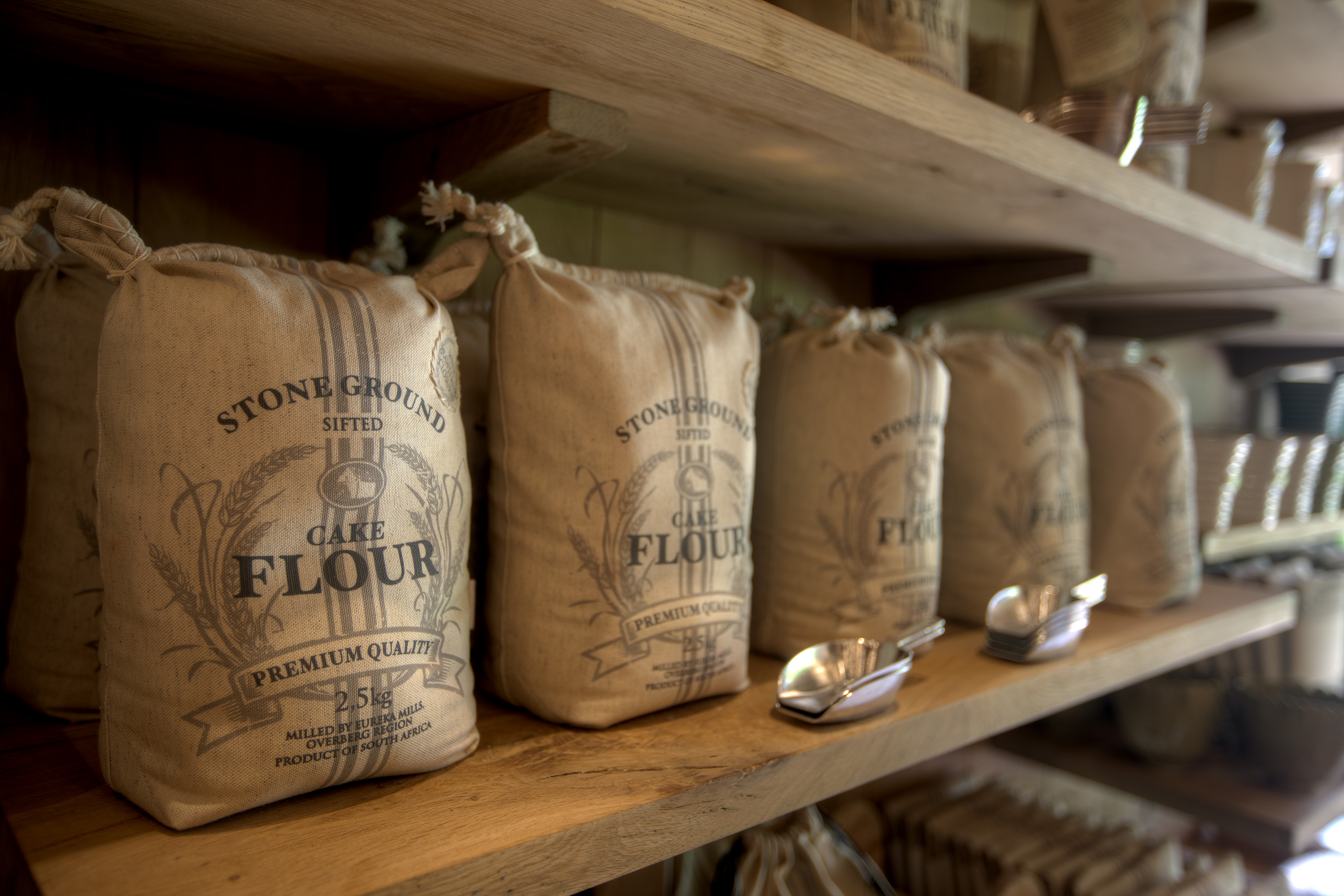 Each indulgence on the plate can be traced to food served in Franschhoek over the decades.

The recipes and their history were thoroughly researched by food historian, and the farm’s culinary manager, Hetta van Deventer-Terblanche.

Guests can choose from a wide range of teas, which come in handmade cotton tea bags, including crème caramel (which has bits of caramel in it) and Emperor Sencha green tea.

It was customary in the old Cape for the man of the house to offer sweet wine to his guests. Bearing that in mind, the La Motte tea can be supplemented with a glass of La Motte sparkling wine.

Guests are also encouraged to visit the farm’s shop and museum, the former featuring an array of tea cloths, aprons, kitchen utensils, French-inspired gifts, and cakes and breads from the restaurant.

Jacob Pierneef’s easel and a photograph of him at work

The museum houses celebrated artist Jacob Pierneef’s personal collection, which his daughter sold to La Motte’s owners, the Rupert family. The museum is also home to artworks that have won the Helgaard Steyn Awards between 1987 and 2013.

The farm also boasts the oldest working water mill in the Winelands. Wheat is stone-ground there and the flour is used to make breads. The flour can also be bought from the farm shop.

La Motte was established in 1695, shortly after the French Huguenots landed at the Cape. Since then the farm has had 18 owners, including Cecil John Rhodes.

It was a fruit farm until the Rupert family bought it in 1970. In 1982 vines were planted, and today La Motte wines are known for being beautifully crafted and of a high standard.