At a gala event which took place on Saturday, 2 November at Nederburg Wines in Paarl, the winners of this year’s Western Cape Prestige Agri Worker Competition were announced, and L’Ormarins’ Abednic Simanga was awarded the winner of the Animal Production category. 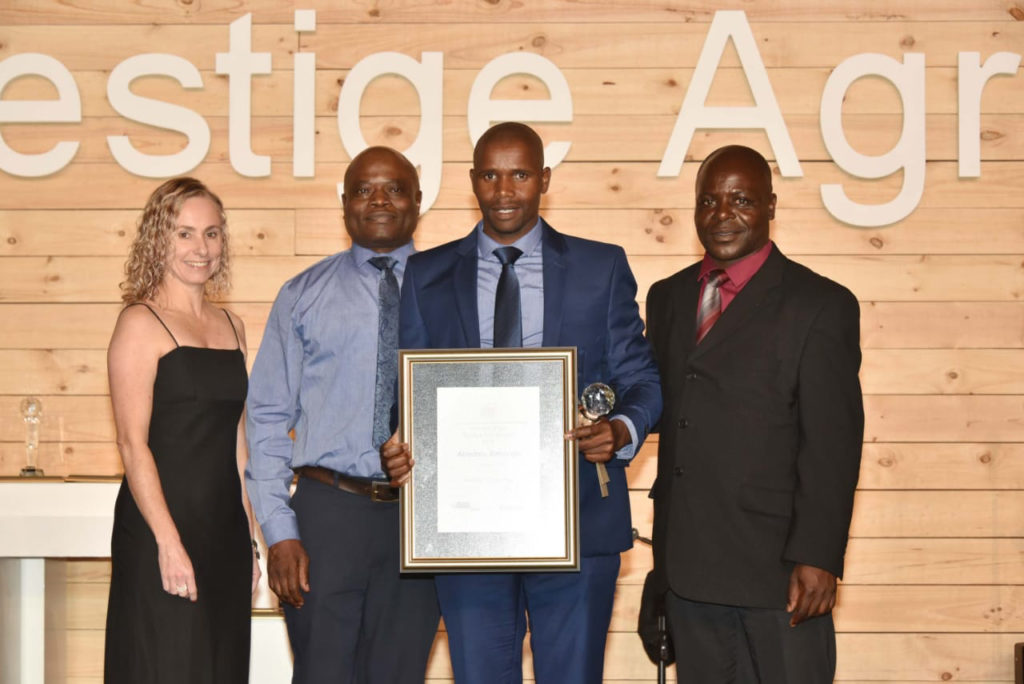 The Agri-Awards – an initiative previously known as the Farmworker of the Year competition – honours excellence in the province’s agricultural sector.  In doing so the competition is able to acknowledge farmworkers for their hard work, who make a significant contribution to our country’s economy. The competition is co-sponsored by the Western Cape Department of Agriculture and the Shoprite Group, with the latter being involved with the initiative for the past eight years.

One of four children, Abednic hails from the Eastern Cape and has been working on L’Ormarins Estate’s Frederickburg Angus Stud Farm since November 2009, and in February this year he was promoted to the position of foreman. His passion is animals, especially cattle, which is no wonder that he is the deserving recipient of this award.

Although Xhosa is his home language he is also fluent in English, Afrikaans, Sotho and Zulu. He is the father to two young children, and during his spare time Abednic enjoys spending time with his friends as well as playing a game of soccer.