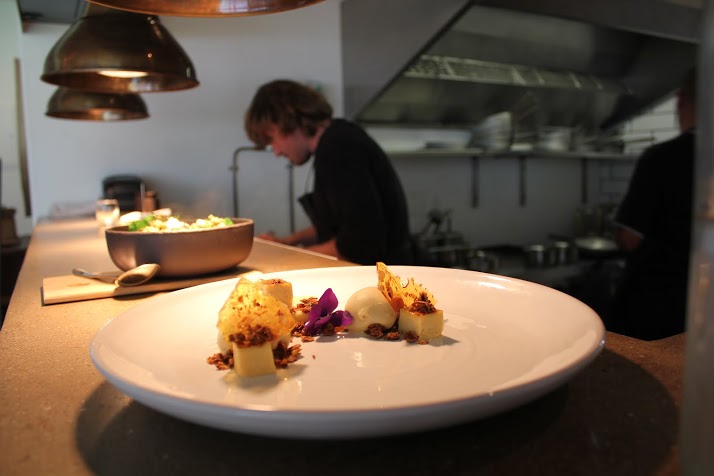 Arno Janse van Rensburg, chef of The Kitchen at the Maison Estate, cooks on instinct, using whatever is available and fresh. He describes his food as “global contemporary”.

Janse van Rensburg developed his cooking style growing up with a family that enjoyed fishing and diving. They cooked their catch as soon as possible. His parents also made their own biltong and droëwors.

But it was only in his matric school year that he decided on a culinary career. Before that, his heart had been set on becoming an artist.

After studying at the Institute of Culinary Arts in Stellenbosch, he worked for a number of restaurants. After spending a decade honing his skills, he was appointed as The Kitchen’s chef in 2011, when the restaurant opened its doors. 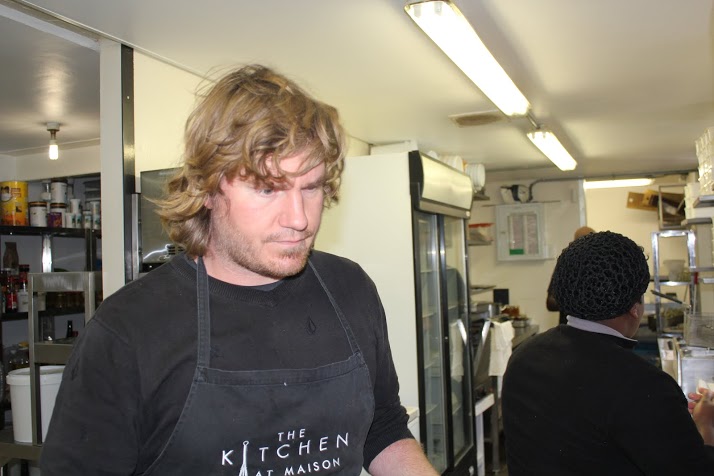 “I experiment with new techniques and develop dishes. I very rarely use a set recipe; I cook whatever is available and fresh,” he says.

It took him three weeks to create the perfect octopus terrine. The octopus is soft and sweet, and served with aubergine, apple, mange tout and grapefruit.

A beautiful dish of different-coloured root vegetables is fresh and earthy, and a yellowtail sashimi-type dish goes down a treat. 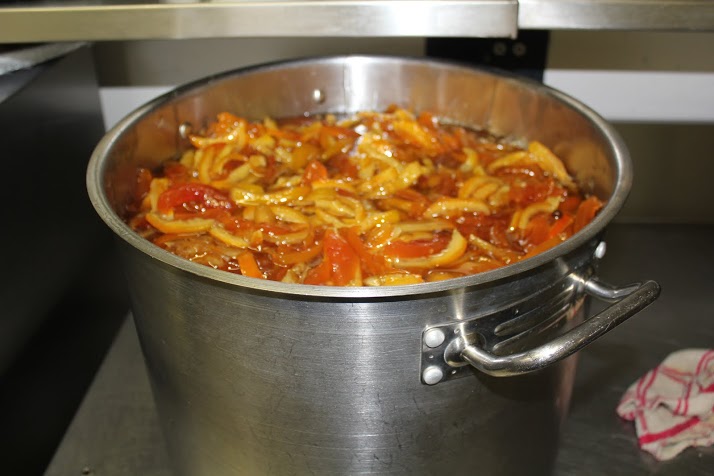 A large pot of marmalade

He is particularly proud of his gooseberry dessert, and says the berry is a staple on the restaurant’s sweet menu.

“It tastes different, depending on the season,” he says. Herbs, fruit and eggs come directly from the farm. 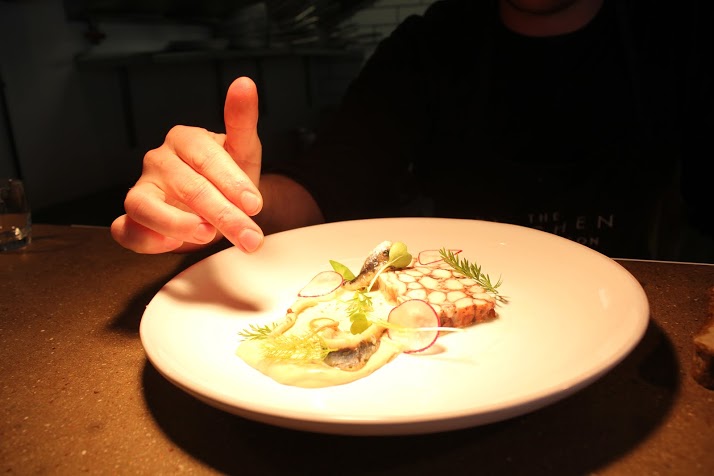 The Kitchen has clean lines and a relaxing atmosphere, overlooking a lawn and vineyards.

The calmness of the eatery extends to the kitchen, where Janse van Rensburg and his team work like a well-oiled machine, taking turns to plate and cook.

Janse van Rensburg is clearly proud of his team, and takes time out to crack a joke here and there.

“Cooking is my passion. I’m relatively decent at it, and am not in it for the fame and fortune,” he says with a laugh. 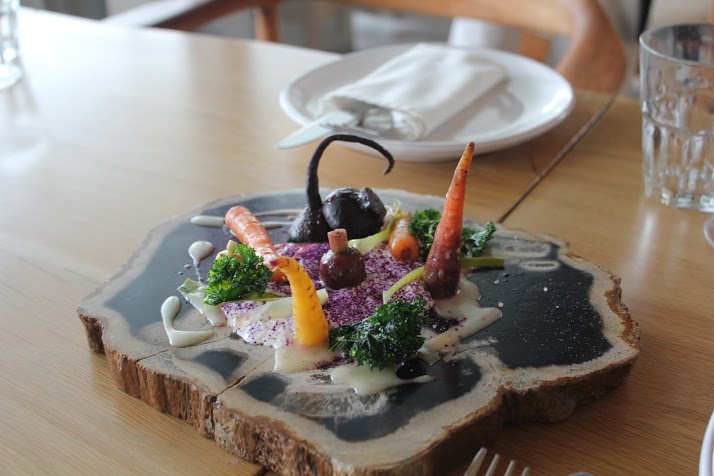