Nestled in the Valley of the Huguenots, one of the world’s premier wine destinations, is Maison Estate. Established in 2005, this youthful vineyard had been a long-time dream of Chris Weylandt, owner of renowned furniture and homeware retailer, Weylandts. 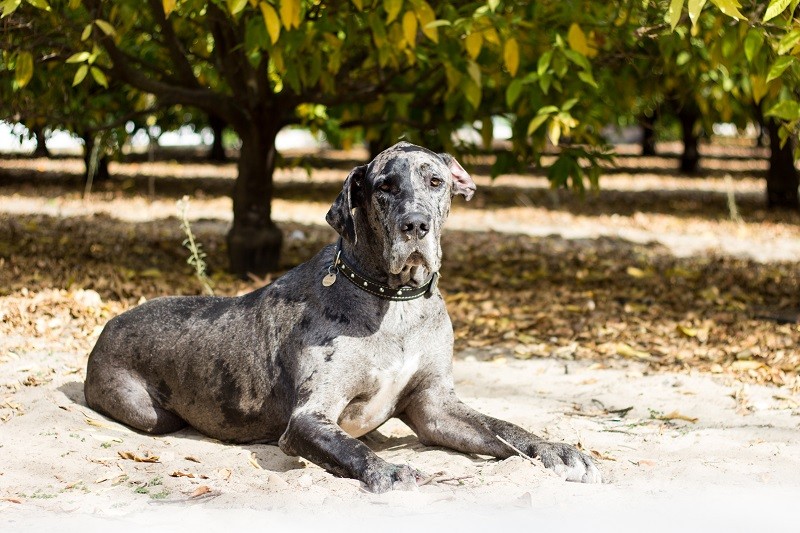 Antwan Bondesio, Maison’s acclaimed winemaker began working at the farm in 2005 and three years ago his Great Dane, Eames, became an addition to the Maison Estate family. Eames now accompanies Antwan wherever he goes, whether it’s driving around in his bakkie, taking a walk around the cellar or exploring the grapes in the vineyard,  you can expect to find Eames by his side.

First thing in the mornings, Eames likes to chase the horses around – so much so that the Maison family is starting to think that Eames believes he is actually a horse! He also plays with Porcini, the Weylandt’s family pot-bellied pig, and often sucks on his ears.

Other than that, Eames loves having his tummy stroked and loves it even more if you rub his feet! He loves being cool – whether it’s lying underneath the air con, running into a pool of water or digging a hole in the grass to lie in and he really, really likes to sleep.

You can also expect to find Eames picking up sticks. This is one of his favourite pastimes and he can be seen carrying them around with him for the whole day.

Beluga – our Franschhoek wine dog for the month of November