Grande Provence is home to Hungarian Vizslas, Rez and Kika, and constant companions to winemaker, Karl Lambour. Rez, Kika and Chase also happen to be the Franschhoek Wine Valley Dogs for March. 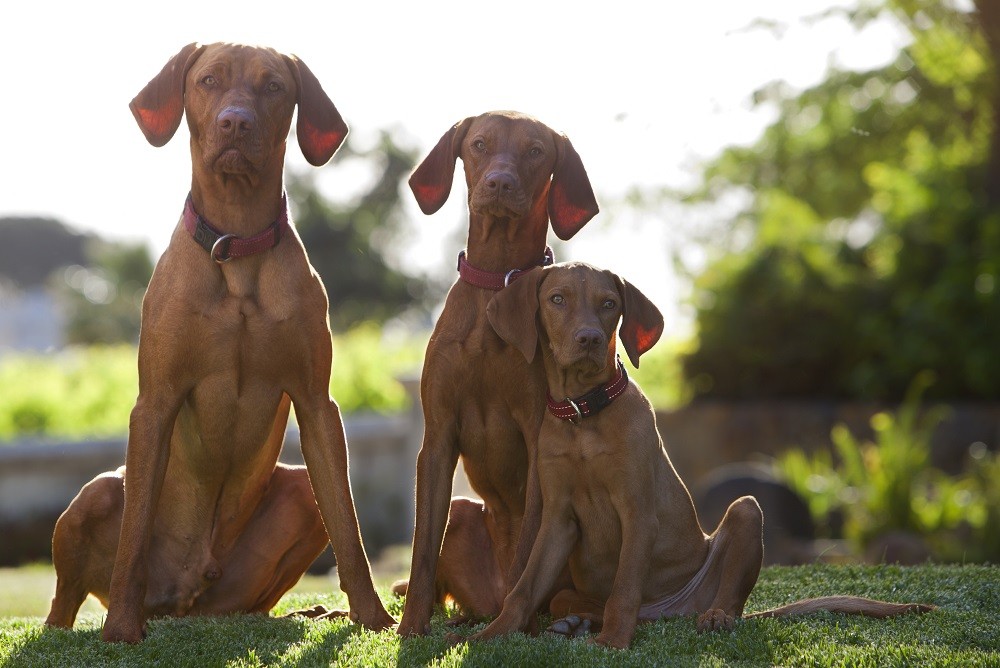 Hungarian Vizslas are a very old and pure breed dating back some 500 years.  They are highly intelligent, extremely good at pointing and retrieving, and make the very best of companions.

Rez was Karl’s first Vizsla and is named after the Hungarian word for copper coloured hair.  Rez was born in the Natal Midlands, and his father is an imported dog from Hungary, with his mom being proudly South African.  Rez quickly became a favourite at home and Karl soon realised that adding another to their pack was necessary, which led to Karl adopting Kika from a breeder in Pretoria.

Kika was quite aloof from the onset but has fitted in well and ever since the introduction of Chase, Karl’s latest to their furry family, she has become very loving.  Chase’s dad is the South African National Vizsla breed Champion and he is a typical puppy. I have lost too many shoes and slops over the last few months to his constant chewing, chuckles Karl.

With that said the three of them make the most amazing additions to the Lambour family.