Meet Talisker our wine dog for the month of June

Although a large dog, six-year-old Talisker, is a big softy who loves nothing more than to cuddle up next to Whiskey, the family cat, to keep the cold at bay. This handsome Rhodesian Ridgeback calls Haute Cabrière his home and Christiane and Takuan von Arnim his human family. 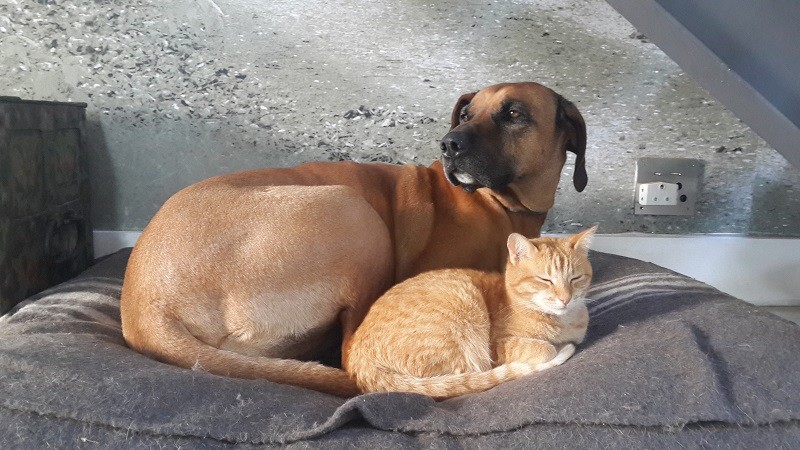 Talisker comes from from the coastal town of Stanford near Hermanus, and was named after the famous Scot from the Isle of Skye, because of his golden brown colour and smoky nose.

Not only is Talikser rather handsome, but he is also well mannered and loveable, allowing him to make new friends wherever he goes.

He loves going for walks with the family through the vineyards and ‘skinny dipping’ in the river to cool down during the hot summer months. His other favourite pastimes are snoozing, sun bathing, catching flies and cuddling with his best friend, Whiskey, the ginger cat.