Scot is proud to be part of the process of reconising young talanted chefs and giving them the opportunity to put themselves on the map. In keeping with this, the restaurant was aptly named Protègè.

Stephen Raaff will head the kitchen team. Stephen has been part of the La Colombe group since 2013 and has been involved at both La Colombe and Foxcroft restaurants in Constantia, working closely with Scot, James Gaag and Glen Williams.

The idea with Protègè is to keep it casual and comfortable. Stephen is working with local suppliers to keep the menu as fresh and as seasonal as possible.

“The opening of Protègè excites me,” says Kirton. “It’s all about the freshest local produce used in the simplest of ways. I could not be prouder of having Stephen lead the team. He has given me so much over the yearrs and now it’s time fo me to help him achieve his dreams.” 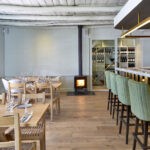 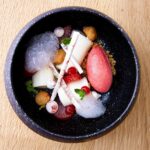 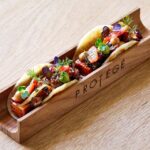 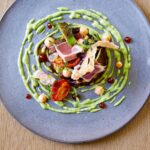 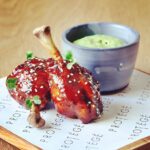 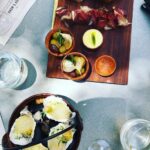