Sommelier Cup Finalists Treated To Some Of Franschhoek’s Finest

Last week, on 23 and 25 September, the Franschhoek Wine Valley and Vignerons in particular, had the opportunity to host the semi-finalists competing in this year’s triennial Sommelier Cup competition, presented by Wines of South Africa (WoSA). Representing countries from across the globe the sommeliers spent the day in the valley, enjoying a full day’s itinerary.
With the primary focus on wine, the group started their Franschhoek experience at La Motte Wine Estate for a tutored tasting presented by some of the Vignerons. The tasting was an opportunity to showcase the diversity of the region’s Semillon, Shiraz and Cabernet Sauvignon wines. The sommeliers were treated to a range of old and new vintages, which reaffirmed why Franschhoek is regarded as one of the country’s leading wine producing regions. 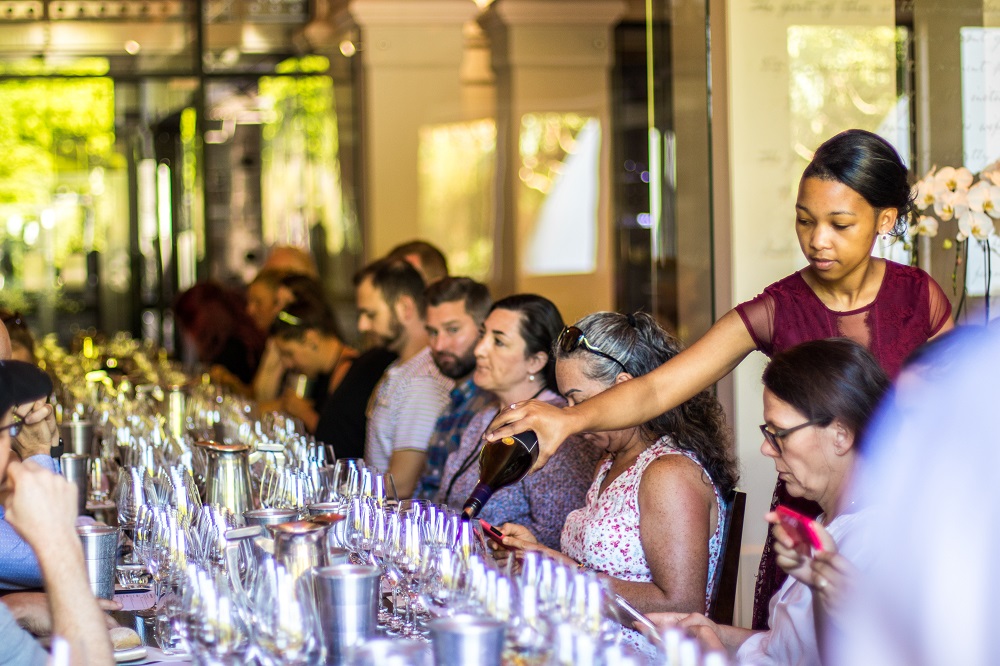 After the tutored tasting the group made their way to the NG Church grounds for an informal ‘meet and greet’ and wine tasting with the rest of Franschhoek’s winemakers. The weather played along perfectly creating the ultimate outdoor wine tasting experience for all. An al fresco style lunch followed under the shade of the trees, which allowed for something out of the ordinary yet very welcome. 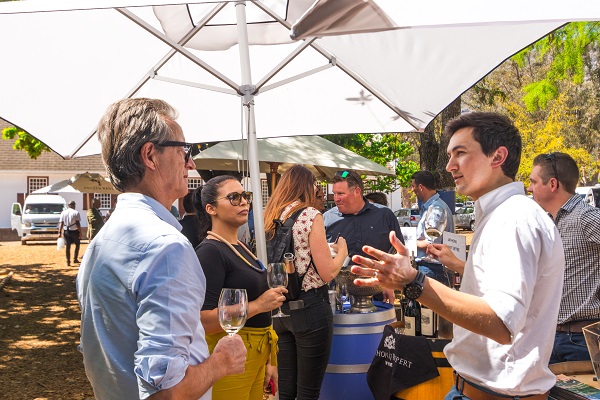 Franschhoek was one of the handful of regions selected to host this year’s group. Their visit to the valley was part of an all-expenses paid trip to a Cape Winelands region during their stay. The finalists in this year’s competition represented the Netherlands, Sweden, Kenya, Zimbabwe, USA, UK, Canada, Japan, Greater China, Singapore and Germany. Their visit culminated the announcement of the overall winner, which was announced at a special gala event at The Vineyard Hotel & Spa on 21 September. Richelle van Gemert, from the United Kingdom, was crowned as this year’s winner.