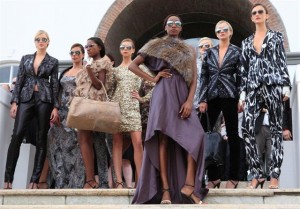 15th April 2012 – Art & Life, a first event of its kind Charity Event, took place this past Sunday at Val de Vie Estate. The guest list boasted over 300 VIPs, socialites, art lovers and their families who generously showed their support for this blossoming initiative.

The day kicked off with a VIP Luncheon, which was held to thank the generous sponsors and private donors who made the event possible with their donations and sponsorships. The day then opened to the public at 2pm, with performances kicking off the rest of the day’s activities. Some of the day’s acts included a fashion show by Jenni Button and Hilton Weiner, spectacular acoustic sets by Louise Day and Just Jinger’s Ard Matthews, a comedy stand up performance by Mark Palmer, and a moving Xhosa musical item by Lusanda Gwayi and Basha Magwape. The event also saw the final match of a weeklong polo tournament hosted by Val de Vie Estate. Guests were treated to an exciting game of polo while also indulging in the day’s live performances and charitable activities with good food and wine.

The Art & Life Initiative was set up to support and develop the arts in a dynamic way in order to contribute to the creative, and intellectual, prosperity of South Africa. A view also shared by the associate sponsor, Absa, who is the largest corporate patron of the arts and has the largest South African corporate art collection in Southern Africa.

The event also served as a platform for both established and up and coming local artists, designers, performers and musicians. Two art competitions were also held through the Initiative. The first was the Art & Life Student Art Competition, which was administered via the ‘Art and Life Charity Initiative’ Facebook Page. The competition was directed towards emerging young artists from the Michaelis School of Fine Art at UCT, the Andrew Owen School of Art, the Ruth Prowse School of Art, and other tertiary art institutions of study in the Cape Town area. On the day four winners were chosen from the 15 Student Art Competition finalists who each received a R5000 cash prize.

The second competition was a photography competition sponsored by Nikon, which saw the ‘I Was Shot In Cape Town’ initiative’s young photographers taking photos throughout the course of the day. The winning prize was a Nikon COOLPIX S5100. The participants of this competition making the statement that the event was “the best day” of their lives, as reported by the ‘I was shot’ Charity founder, Bernard Viljoen.

The guests in attendance enjoyed this fun and charitable day out in the Paarl-Franschhoek Valley, an event that is sure to become an annual date in the diary not to be missed. For more information on Art&Life, visit www.artandlife.co.za 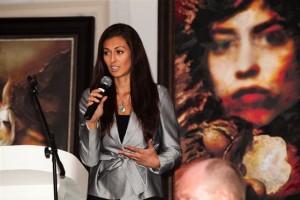