The ‘ultimate’ wine list includes some of Franschhoek’s finest

The Sommeliers Selection Wine Competition, which was conceptualized in 2015, has revolutionized local wine competitions. It is a competition with a difference, as it is judged solely by top South African Sommeliers, and the winning wines for 2017 have been announced with five Franschhoek vignerons shining in their relevant categories.

The vignerons who secured spots on the prestigious ‘ultimate’ wine list were the following:

With the rapid and exciting growth of both the food and wine industry in South Africa over the last 20 years, consumers are looking for experienced guidance when it comes to selecting wine, and this competition does just that.

With categories such as White: Fresh & Crunchy or Red: Voluptuous & Rich or Red: Elegant & Classy, wines of different varieties, blends, and pricing, but stylistically similar can stand alongside each other. The panel of Sommeliers then judges and chooses wines to match the various categories to make up the ‘ultimate’ wine list.

At the annual feedback session with the winning list, the panel discussed the entered wines, what they looked for in a perfect wine list and which wines “wowed them as well as the emphasis on the importance of judging wines for ideal pairing with food.

The Sommeliers Selection Competition Chairman and current board member of The South African Sommeliers Association, Joakim Hansi Blackadder says, “Freshness, expression and elegance were attributes that stood out amongst this year’s winners at the Sommeliers Selection. The competition, now in its third year, has become one the most relevant and exciting competitions on the yearly calendar with its unique angle and approach. Lengthy and passionate discussions took place between the experienced sommeliers on the panel pertaining to the wines age worthiness, suitability to food, and the overall value for money. At the end, all wines awarded and selected for the wine list was ratified by one final re-tasting by the chair and the two heads of panel. The resulting selection of awarded wines are truly some of the best in the country, and something we can all proudly stand behind. Bravo!”

Joakim Blackadder, a board member of The South African Sommeliers Association (SASA), chaired the 2017 Judging panel of The Sommeliers Selection. He was supported by members of SASA and BLACC, which included sommeliers Pearl Oliver, Joseph Dafana, Billet Magara, Barry Scholfield (Panel Chair), Esmé Groenewald and Spencer Fondaumiere (Panel Chair). They were joined by Trainee Judges Melusi Magodhi and Minnie Mthombeni. 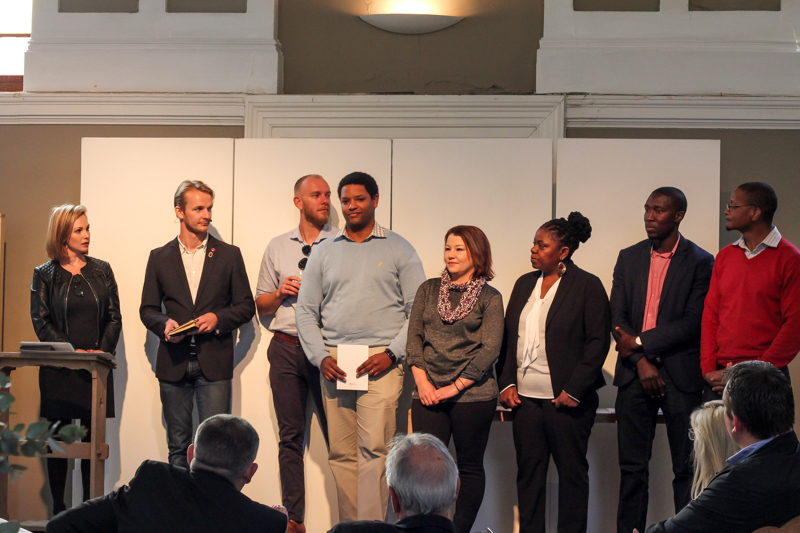