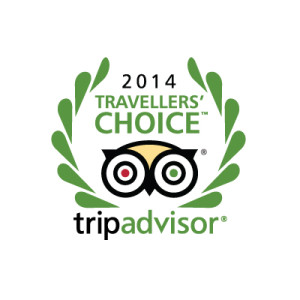 Franschhoek has yet again been named South Africa’s favourite Winelands destination. This was recently announced at the annual Travelers’ Choice Awards for Destinations, where the valley was listed as one of the top three destinations in South Africa. Cape Town scooped first place, followed by Knysna.

The sixth annual awards saw this year honor nearly 500 destinations including the winners for the top spots in the world, and individual lists for Africa, Asia, Australia, Canada, the Caribbean, Central America, Europe, China, Middle East, Russia, South America, the South Pacific, the U.K. and the U.S.

Travelers’ Choice Destinations honor top travel spots worldwide based on the millions of valuable reviews and opinions from TripAdvisor travellers. Award winners were determined using an algorithm that took into account the quantity and quality of reviews and ratings for hotels, attractions and restaurants in destinations worldwide, gathered over a 12-month period.

This is not the first time Franschhoek has been listed as a destination favourite on TripAdvisor, securing a spot in 2012 and 2013 respectively, but moving up significantly in the listings for 2014, reaffirming that Franschhoek is a must see destination with world class establishments Akademie Street Boutique Hotel and Guesthouse was voted Top Luxury Hotel in the World, as well as Top Small Hotel in the World.

TripAdvisor is the world’s largest travel site, offering travellers the platform to plan and have the perfect trip.  TripAdvisor branded sites make up the largest travel community in the world, with more than 260 million unique monthly visitors, and more than 125 million reviews and opinions covering more than 3.1 million accommodations, restaurants, and attractions. The sites operate in 34 countries worldwide and has recently also turned its focus to the local tourist market by launching a dedicated domain for South African users.

In 2013 Franschhoek was voted the best wine route in The ‘Most Memorable Wine Route’ category for a second consecutive year, at the Klink Awards, whereby foodies, wine lovers, outdoor adventurers and wine farm visitors show their love and appreciation for South Africa’s Winelands by voting for their favourite nominees in South Africa’s first ever, consumer-driven, interactive wine tourism awards.