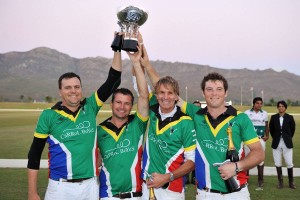 New to the South African Polo calendar the Val de Vie 5 Nations Invitational Polo Classic, made its debut on Saturday 24th March at Val de Vie Estate in true polo style. Serving as the perfect platform for VIP corporate entertainment and as a networking opportunity for businessmen and their wives, this polo tournament proved to be a more relaxed and ‘real’ day out for all to enjoy.
Guests were greeted with delicious Gordon’s Gin cocktails as they walked through the old-school glamour inspired club house venue. The late afternoon fashion show hosted by Jenni Button (womenswear) and Hilton Weiner (menswear) gave an interesting twist on the traditional runway show, models showcased their latest designs via an impressive entrance in five super-car Maserati’s onto the polo field and posed beside the cars giving guests a chance to admire the couture and cars.

This invitational featured some of the top international polo players from 5 various countries and each team was sponsored by top brands, namely Nikon Great Britain, iClyps Holland, Hästens Pakistan, Absa Wealth Zimbabwe and Carrol Boyes South Africa. This 6 goal tournament kicked off on the 17th March with a total of 12 matches being played throughout the week. Absa Wealth Zimbabwe and iClyps Holland fought it out for 3rd and 4th place in the ‘Plate-Final’. The Carrol Boyes South African team took on the Nikon Great Britain team for the winning trophy in the final and after both teams played their hearts out, South Africa walked away with the title. Tom de Bruin was the star player for South Africa during the tournament.
After the polo VIP’s, socialites and corporates enjoyed a modern swing band which served as the entertainment for the evening. Brandy and chocolate tastings were on offer and guests were treated to delicious food and wine pairings throughout the event.
A relaxed afternoon in the Winelands with a great game of polo, good company and the most beautiful sunset proved to be the perfect way to end off the day. 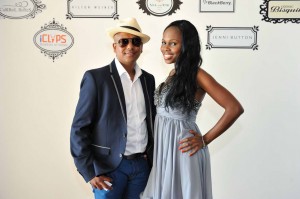 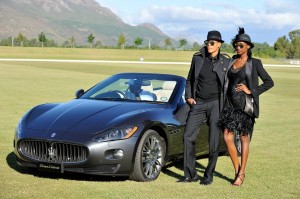