Ever since Gerrit’s university days, he discovered an appreciation for wine, which led to his own annual spring day “champagne” breakfast, a tradition and a celebration day he and his wife Ingrid and bubbly friends, still honor on the 1st  of September at 06h15 every year.

Gerrit build an underground cellar in 2004, knowing that one day the cellar will be filled with exceptional bubbly.

In 2006 Gerrit met the partner he was looking for, Albert Ahrens, a brilliant winemaker who also shares the same passion for making one day his own MCC.  A unique partnership was established and the dream of making bubbly became a reality.

The two partners are very similar and energetic,  they have a wonderful capacity to laugh, to enjoy life but never loose sight of their dream to produce a magnificent bubbly.  Their first vintage cuvee was releases on 1 September 2011 in a gigantic hot air balloon, in the main road of Franschhoek, a first in the history of the town.

The grapes for the GM&Ahrens MCC are harvested from thirdteen different “wine pockets”, from all over the Western Cape area.  The grapes are carefully handpicked and lightly pressed in a basket press.

Only the first cuvee makes it to the barrels where it spends twelve months fermenting and maturing, where after it is transferred to the underground cellar in Franschhoek for second fermentation and further maturation for another four / five years.

The 2010 GM&Ahrens Vintage Cuvee was released on 1 September 2013 in their newly designed Bubbly Hatbox, another first in world wine history, and exactly 100 years after the first hat box was designed in 1910 (for a hat) by a Frenchmen.

The GM&AHrens maturation cellar in Franschhoek has a capacity geared for 30 000 bottles.  The production cellar has a capacity for 100t. With all vintages 2008, 2009, 2010, 2011 and 2012 sold out, each successive vintage is awaited with much anticipation by an ever expanding client-base. GM&AHrens released on 22 November 2015 at the SA Style Awards, Hyde Park its second label limited-edition 2011 Cuvée Agrandi, in beautiful one-of-a-kind art bottles. The Cuvee Agrandi has already attracted interest all around the world, from Singapore to New York.

The GM&AHrens bubbly house being the first and only bubbly house (in town) in Franschhoek situated at 25 Uitkyk Street, Franschhoek, has been designed to provide an up-market and plush tasting room and cellar with the opportunity for tours and discussions in conjunction with tastings and also offers exclusive accommodation only during peak seasons (from beginning December until mid-January when the new harvest starts each year). Guests can now book, enjoy and experience what it feels like to live in a real bubbly house and to enjoy bubbly all day during their stay… ” 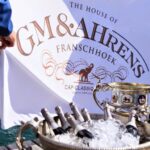 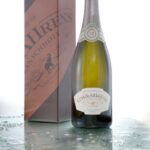 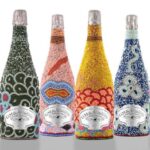 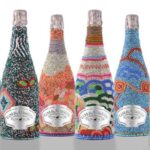 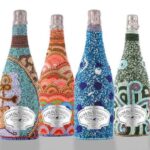